Well, it seems that Litchi has found herself a bona-fide job.  Good for her.  About time she earned her kibbles here.!

Although previously self-appointed, it appears that her title is now official.  She is: 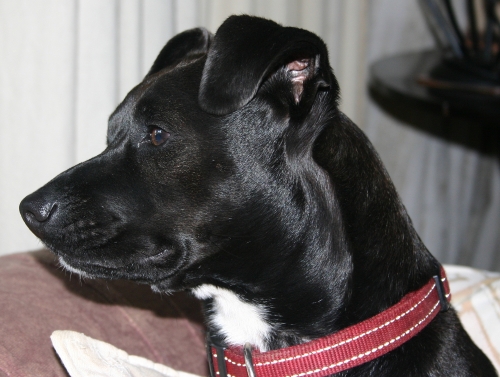 Mollie and Doggy are still at it.  The international crisis has not yet been averted.  After many grueling days of court cases (presided over by Judge Sammy) and mediation, the official Litchi Treaty was signed.  All seemed good in the world!

International politics being what they are, has resulted in a further dispute.

Mollies latest question for Paw Tokens was “Who originally sang this and what year was it released?“.  Doggy, always quick of the mark, got the first portion perfectly correct.  He neglected, unfortunately to give the Date of Release.

Each correct participant received Two Paw Tokens.  This did not include Doggy.  Being somewhat of a drama-queen (alright, he’s not a queen – maybe a Drama-Dog), Doggy threw a perfectly heartbreaking hissy-fit.  Exerpts of his laments include:

“My heart aches, I’m in tears, tears blur my vision as I write this….I’ll be praying for you and for the snipers….”

As you can see, he still has snipers surrounding Mollies place.  Of course Alfie, the cat, is thoroughly enjoying chasing their laser beams but Mollie lives in fear.

Lady Litchi has offered the following compromise, hoping the 2nd Litchi Treaty will be signed soon:

Litchi requests that fellow readers provide their thoughts regarding this agreement.  Comments may be lodged here or at either Mollie’s or Doggy’s blog.

It is vital that all International Litchi Treaty’s are open to public comment.